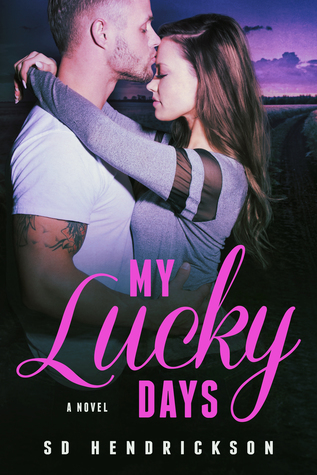 From the moment I could read, my nose was stuck in a book. I was content being a reader and losing myself in the characters and worlds others created. I kept coming up short, so I decided to try to write it myself for fun. As I completed a chapter, I would send to a friend whom I met through the queer online writing community. She encouraged me and provided amazing feedback. The result is far from the initial goal and needs a lot of work, but it was a great experience. For me, inspiration comes from all over. It could be lyrics to a song, a commercial, a random person, a meme, a conversation…My mind is constantly thinking what if this happened instead?

To me, representation means seeing the positive inclusion of characters and people across the sexuality and gender spectrum in books, mainstream media, and every day life. People, especially young people, need to see themselves represented so they know they are not alone. In my writing, I include queer characters and show them experiencing the ups and downs of life.

Normalization is important. Generally, no one bats an eye at MF pairings in books. I want all other pairings to be as accepted. My project for NaNoWriMo last year was my first attempt at writing an asexual character. It was also my first year participating in NaNo, and I was wholly unprepared…which is probably why I barely managed 10k words. I do have plans to revisit this manuscript upon completion of my current project to flesh it out into a proper story. The asexual character is based very closely to my own experiences, except this character gets a different HEA.

The characters in my other stories, while may not share my sexuality, do have certain aspects of my personality, whether it be changing hair colors, or social anxiety, or a love for the tv show ALF. I also tend to base the family members of my characters on my own family. To imply such is to equate asexual people with being defective, and we are not. Asexual people need to be shown as regular people who have relationships just like everyone else.

I love the fake relationship trope! I absolutely loved writing the scenes that take place in the s.


A close runner up is the letters and journal entries written by one of the characters. The Love Pirates hashtag was created by Malini, another friend I met through the Twitter writing community. It started off as random playful tweets and evolved into a movement of sorts to promote positivity love , support, and respect. Malini designed our Twitter banners, we do pirate-themed FollowFriday, and we post random pirate memes and gifs.

The goal is to make this a bi-weekly series with different posts and perspectives on writing a series. Today, I welcome r. I think one really has to have a firm understanding of what the central question of the series is going to be. In the EMPATHY series, for example, our series question is whether Chandra will ever be able to communicate with her wife, but every book within the series has a unique question that in some way ties back into our exploration of that series question.

As that book ballooned, however, I realized I would need to separate the book into two concurrent installments, now known as Event Horizon and Rubicon. To tie all of this back into your original question, I still encourage writers to know what their central question for the series will be when they set out to write or outline it. That said, the EMPATHY series is a perfect example of how epic-length tales can require us to play with that advice when the story grows. After I finished what proved to be an almost novella-length short story, however, I had a hunch there was so much more potential in the internet-access brain implant technology and in the world Chandra inhabits.

With those inklings as my guide, I made Wyatt—our ruthless tech magnate—a perspective character before adding our relentless investigative journalist, Meredith, and the advancement-hungry administrative assistant, Ariel. It took me a couple of years to shape their storylines into the techno-thriller that Imminent Dawn became, but I remain really pleased with how it turned out—and readers seem to be of a similar opinion!

We have Imminent Dawn , Mourning Dove , and Event Horizon either published or drafted in full, and Rubicon is about a third of the way through its first draft. Where the series is concerned, I do have a better sense for whether a particular character is likely to be a changer, a stayer, or something in between.

The shape that ultimately takes is served by the presentation of their arcs in those individual installments, however, so I imagine Nightshade will require a great deal of attention where it comes to ensuring every character winds up with a satisfying end, arc-wise. World building is a tough one for me, mostly because I am miserable at maintaining a series encyclopedia. Though I did have a number of documents at one point that helped me keep track of character eye color and the specifications for a given technology, I found it far too cumbersome to keep up with while actually writing.

I am a strong advocate for writing a first book that is an actual standalone before writing a full series, particularly if one wants to pursue traditional publishing. This is precisely what I did with Imminent Dawn and Accounting for It All , with the latter ultimately getting picked up and published before Imminent Dawn.

Once it was under contract, though, I approached my editor about shaping the ending a bit differently to set us up for the whole series. Once I had their approval, I just made those changes near the end and some subtle tweaks throughout before— voila!

From there, I outline scene by scene to fill in the gaps, and then bam! With a series, particularly EMPATHY, I have to keep much of the above in mind, but I take a slightly different approach for every perspective character and every timeline prior to writing. With Imminent Dawn , for example, I basically used the standalone method described above, but had to constantly be aware of who knows what and when in order to construct timelines that made sense and also heightened the tension as the story advanced.

Maintaining momentum is proving to be a bit of a challenge, but not for my characters so much as for myself. That is, needless to say, a lot. I love writing this series and have a clear trajectory for it with each installment, but writing at that pace has precluded me from starting some other projects in the writing world and beyond.

My goal is to be sufficiently rested to take on books four and five in one fell swoop before taking another break prior to writing the final two installments of the series. This is where I very much rely on help from beta readers, critique partners, and my editor.

Where touching on broader past events is concerned, I rely on brief reflections from a POV character that hopefully avoid becoming too on the nose. This is where stakes play a huge role. In Mourning Dove , the tension escalates: we now have a slew of characters who are forced to, sometimes very publicly, confront the ramifications of their actions and inactions with their lives or freedom on the line. 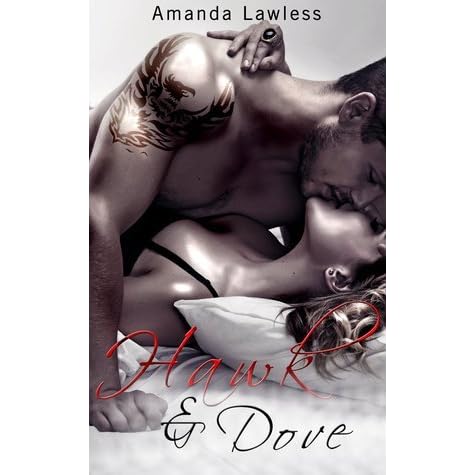 The later books in the series will center around heists, high-stakes personal and political drama, and disasters that will have continental and global impact. As I put the finishing touches on Event Horizon , I am, for the first time, really accepting that this series can be whatever it needs to be in order to be the best story it can be for itself, and I actually feel well-equipped enough to see it through. What I mean is I think I had to get deep into book three before truly finding my footing and getting a sense for what this series really is.

As a North American Union investigation into the happenings on the compound looms, a grief-stricken Peter works to resurrect the memory of his mother from a harvested nanochip, and Heather scrambles to keep her family--and their company--together.

Much more than documents.

Alistair, having abandoned the family business, plots to save his hide and that of his wife while she strives to stay one step ahead of a husband she has no reason to trust. As old and new foes emerge, spouse is further pit against spouse, brother against sister, and governments against their people.

In the end, all must choose between attempts to reclaim the past or surrender to the inevitable, an intractable world of their own creation. Mourning Dove is an evocative, sweeping symphony of love, revenge, and desperation in cacophonous times. It is the second installment in r. Today, I welcome Brooklyn Ray to Queering Up Your Bookshelf to talk about their writing process and their Port Lewis Witches series of novellas and novels, how they juggle many projects at once, and tips to write great, emotion-packed sex scenes.

I think that really started it - fan fiction. It was on my own terms. Storytelling within a set universe I loved enough to expand on my own. When it came to Brooklyn Ray, I started writing Paranormal stories that the traditional side of publishing had deemed unsellable.

Which is hilariously out of touch, to be honest. Unfortunately, that friendship came to an end, so I decided to whip something up on my own. Thalia jumped into my head followed by Jordan, River and King. Then Port Lewis. It unraveled this gigantic universe I was desperate to play in. Then came Ryder, who lived like a splinter between my ribs for months and years before I had the courage to write him. Now I have… So much planned. All good, though. All fun. I take inspiration from a few different places, but mostly it comes from my own practice as a witch.

I study demonology, alchemy and kitchen witchcraft quite a bit, and I wanted to inject typical Paranormal Romance with actual realized magic. Obviously there are embellishments and exaggerations and straight up fantasy in my books. When it comes to keeping that inspiration alive I honestly just… keep practicing. I recently opened an Etsy shop where I offer Tarot readers, custom candle craft and wax melts.

I plan on adding some Port Lewis inspired goods soon, a Christy inspired salt scrub, crystal kits inspired by the Port Lewis Witches, personalized crystal kits. I also try to practice in the kitchen as much as possible, utilizing ingredients based on metaphysical merit in my dishes. Energetically enhanced french fries? Perfect writing snack. Representation is broad, you know? It can be anything and everything, but to me, representation means seeing identities I align with penned with empathy and skill on the page.

To pick one, gigantic area of representation, the Queer community, we have a lot of work to do. I also want to see people within the community back off on policing how we all explore our identities.